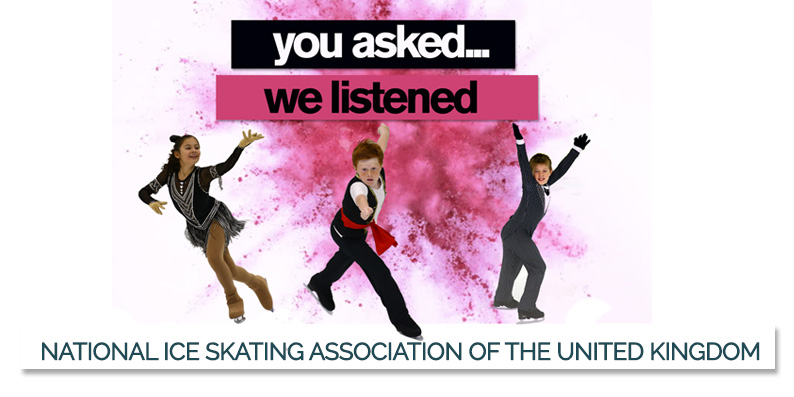 In this section we will publish the questions our members have submitted regarding the changes along with our responses.  If you have a question you would like to submit about the proposals please visit our Ask a Question page.

Question 1
It would have been much easier and simpler to give Associate Members voting rights. Why did you go down the difficult route of making our youngsters pay to upgrade their members and then wait a further thirteen months before they are allowed to vote.
Read Answer

Question 2
Why didn’t you go down the route of providing for a Members Council as promulgated by the Code for Sports Governance.
Read Answer

Question 3
Why is the Board seeking the right to remove a Director by 75% majority when this is now, and should always be, the prerogative of the members who elected him/her.
Read Answer

Question 4
I have read the article encouraging us to vote and giving reasons why we need to vote but I cannot find any specifics of what is going to change other than to be compliant with government requirements? It is unclear what will change?
Read Answer

Taking account of feedback from the NISA Membership and the EGM Focus Group, and in order to extend the franchise more widely across NISA’s current total membership, the proposed Article 27 has been amended to allow:

I think it is relevant to highlight that the articles state the following:

38.6.1  A Full Annual Member who has been in membership for at least thirteen months shall have one vote, whether in person or by proxy (save in relation to a general meeting at which elections are held, where the relevant Full Annual Member shall have one vote in relation to each position that is the subject of a ballot under Articles 32.2.4 and 32.2.5);

If the amended Articles are passed at the EGM on 2 December 2017, then any existing Associate Members, or new applicants, who apply within four months or so and are accepted to become Full Annual Members, will (taking account of the 13 month requirement in Article 38.6.1) be able to exercise their vote at the May 2018 NISA AGM and thereafter.

NISA has been advised that UK Sport and Sport England made allowance for Councils in the Code because Councils exist in a number of the large NGBs.  Some Councils have had powers, among other things, to override the decisions of the Boards of their NGBs and/or restricted candidacy for Board Directorships to Council Members.  The roles for, and powers of, Councils – as they are now permitted by the Code for Sports Governance – are therefore in many such cases far fewer than previously.

It is understood that the Sports Councils are not advocating that NGBs, which do not have Councils, should create them.  The reference in the Code to a Council “fulfilling its role as a conduit for the views of the wider sport” is in large part there because, where they do exist, Councils tend to draw their Council Members from the home nations and county and/or regional bodies within, or affiliated to, the relevant NGB.
In reaching its decision the board reviewed the following questions:

Having analysed this information and giving consideration to the fact that the majority of the members of the EGM focus group voted to put to the board the option of the Engagement Committee, not the Council, the board elected to progress with an engagement committee.

Firstly it is important to note that not all Directors are elected, a percentage are Independent Directors.
Requirement 4.4 of the Code for Sports Governance states that: “Each organisation shall adopt a mandatory directors’ code that, amongst other things, requires all directors to act at all times with integrity, in a forthright and ethical manner and in accordance with their organisation’s conflicts policy.”   Please note that the mandatory nature of the board of directors’ code of conduct is emphasised in this Requirement.

Article 21.1.7 in the proposed revised and amended 2017 NISA Articles of Association is therefore intended to provide the NISA Board with powers to remove a director who does not abide by the mandatory board of directors’ code of conduct, if such action become necessary.

Please note also that the equivalent Article 8.15 in the existing 13 September 2013 NISA Articles of Association only requires a simple majority of the Board to take a decision to remove a director, whereas the proposed revised and amended Article 21.1.7 raises this to a higher threshold of a 75% majority of the other directors on the Board

Below is a summary of why the changes are required and why NISA are making the changes, I hope this answers your question, however if we can help any further then please contact us.

NISA operates as a company limited by guarantee, and the Memorandum of Association (“the Memorandum”) and the Articles of Association (“the Articles”) are NISA’s primary constitutional documents. NISA is both a membership association, with key responsibilities to its own members, and NISA is also the officially recognised national governing body (“NGB”) for the sport of ice skating in the United Kingdom, with wider responsibilities for all those who participate in the sport in any way.

The United Kingdom Sport Council (“UK Sport”) invests large amounts of public funding, from the National Lottery and from taxpayers, into Summer and Winter Olympic and Paralympic Sports, including both figure skating and speed skating.

In June last year, in order to meet NISA’s contractual obligations under the Funding Agreement between NISA and UK Sport, the NISA Board agreed to institute a programme of actions to upgrade NISA’s corporate governance and operational management.
Later last year UK Sport commissioned Moore Stephens, one of the leading accountancy and consultancy firms in the United Kingdom, to carry out a management audit of NISA. In October 2016, Moore Stephens very strongly recommended that NISA needed to undertake a thorough review and adopt revised Articles of Association, which would be fit for purpose in the current environment for national governing bodies of sports and thus also benefit the association’s membership.
NISA’s Board of Directors accepted Moore Stephens’ recommendation, and appointed Wharton Consulting to assist with the revision of NISA’s Articles of Association, and also requested Hewitson Moorhead, as NISA’s legal advisors, to review the revised Articles from a legal perspective.
In December 2015, the UK Government adopted a new policy for sport: “Sporting Future – A New Strategy for an Active Nation”. A key requirement of the government policy is that all those national governing bodies of sports, which receive public funding, must comply with the mandatory Code for Sports Governance (“the Code”). The Code came into force on 1 April 2017, and Winter Olympic Sports NGBs, such as NISA, are required to be compliant with the Code by 31 December 2017. With this background in mind, the revised Articles of Association have also been designed to help bring NISA into compliance with the Code.

Taking account of feedback from the NISA Membership and the EGM Focus Group, and in order to extend the franchise more widely across NISA’s current total membership, the proposed Article 27 has been amended to allow:
• individuals of 16 years of age or above to apply to become Full Annual Members in their own right; and
• individuals below 16 years of age to apply to become Full Annual Members with their rights exercised by their authorised parent or guardian.

The new codes aim to ensure that there is greater transparency, sets targets for gender diversity on boards, and requires constitutional arrangements that make boards the ultimate decision-makers. Sport England have stated that Organisations that don’t meet the code for sports governance will not be eligible to receive public investment.

The new codes will ensure that as the governing body of the sport of Ice Skating that we have:
• Increased skills and diversity in decision making, with a target of at least 30 per cent gender diversity on boards
• Greater transparency, for example publishing more information on the structure, strategy and financial position of the organisation.
• Constitutional arrangements that give boards the prime role in decision making
• Changes that will create a more productive, sustainable and responsible sport.

The changes will allow NISA to apply to access Public Funding, at present NISA does not receive any support for grassroots participation and compliance with the codes will allow for :
• Improved reputation of the sport the deliver against Government agenda
• The opportunity for increased public and commercial funding available to develop the sport
• Access to funding for the ability to increase participation in the sport, particularly amongst young people
• Access to funding for the ability to deliver against Sport England agenda, particularly increasing participation amongst females in their teenage years, families and those from disadvantaged backgrounds 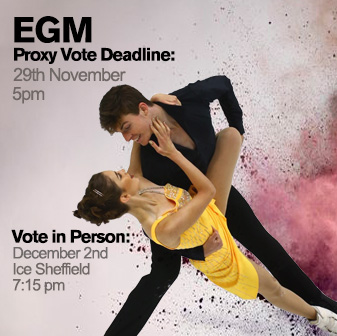 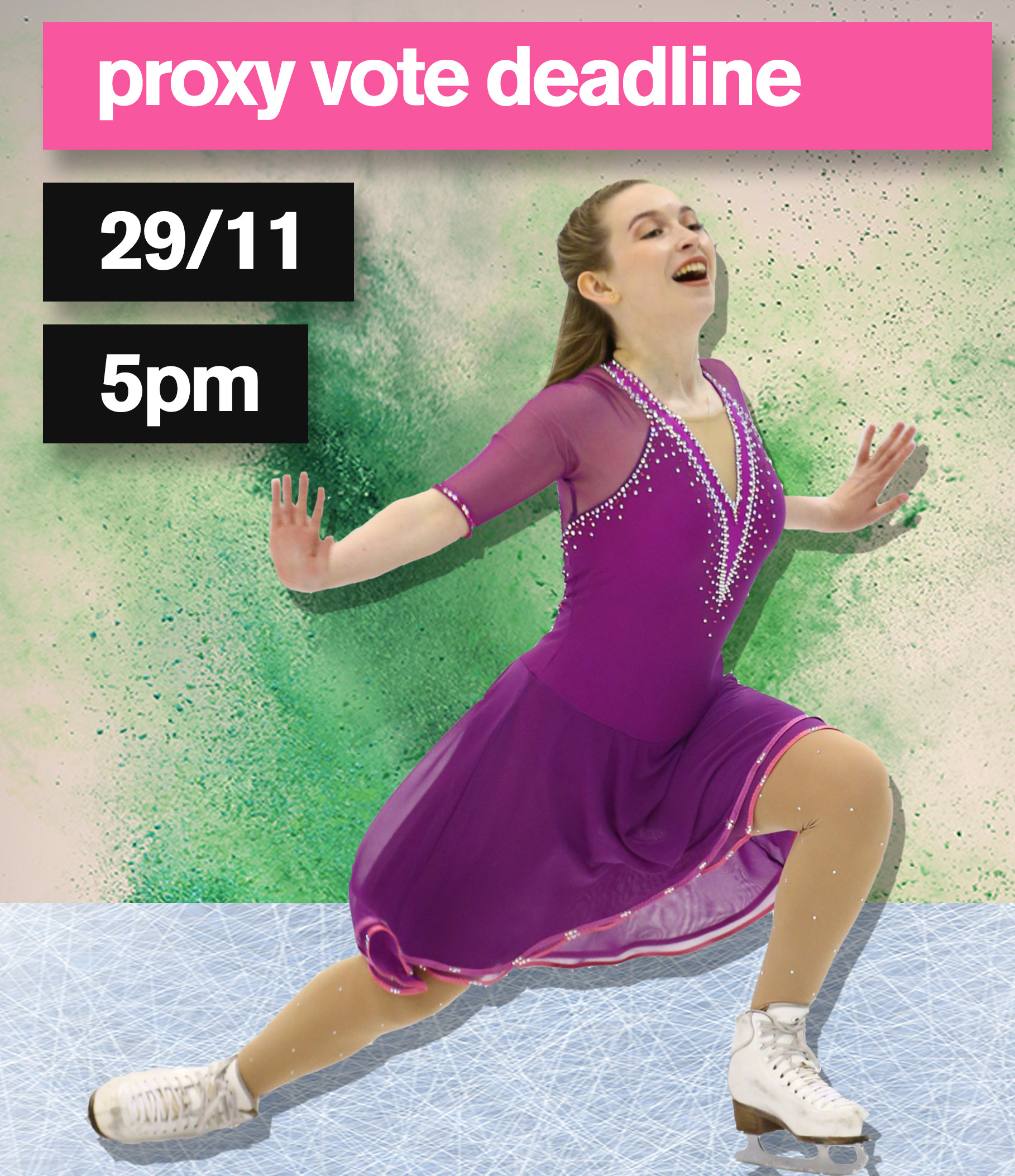